Yes, I live in Finland. Yes, I love cricket. And no, I have never lived in a country where cricket is one of the big sports, such as India or the UK or Australia. In fact, I've never lived anywhere but in Finland. But I did go on vacation to Goa, India, in December 2007, during a Test Series between India and Pakistan, and I got curious about a game that clearly was the most important thing in the world to untold millions of people.

And, being a translator, I was annoyed that I didn't understand what was going on, despite reading about the previous day's play in a number of newspapers. So I decided to learn the rules and terminology of cricket, just to have that box ticked, so to speak.

I came to love the game. Apparently, to understand cricket is to love cricket. So those of you who don't love it are just saying that you don't understand it. 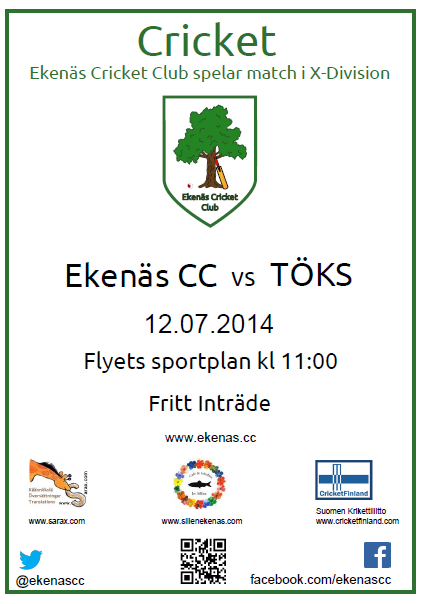